The COPO Camaro is a specialty vehicle with low production volumes, initially created by finding a loophole to circumvent limitations GM placed on Chevy’s performance vehicles. The result was a powerful, street-legal machine that exceeded expectations and has become a coveted vehicle among collectors. 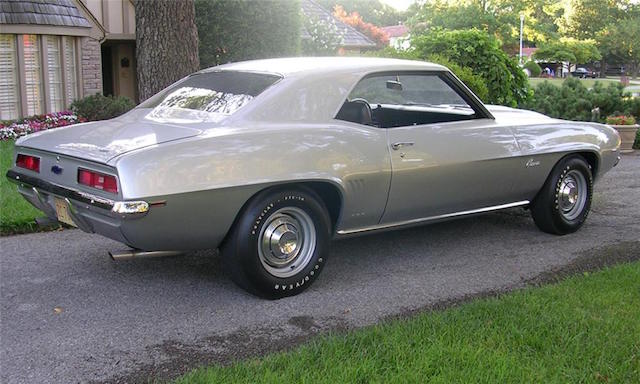 Initially released in 1969 as the ZL-1 COPO Camaro, the automobile was part of Chevy’s special-order system, a method used by dealers during the sixties that allowed them to create high-performance vehicles that were not available elsewhere. 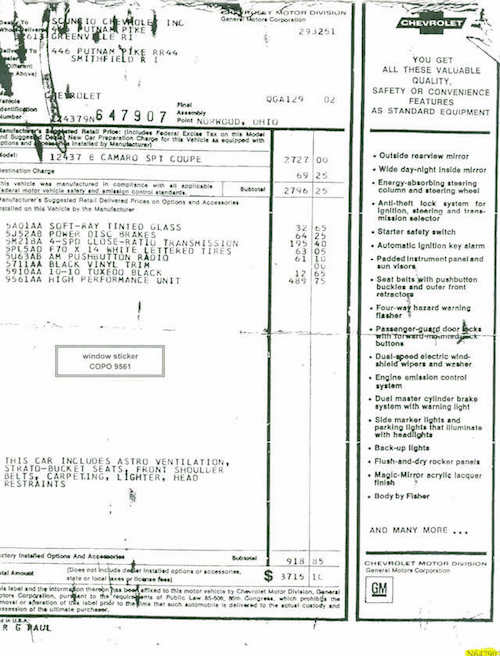 The options found in the COPO weren’t available for purchase on the dealership’s paperwork. Some dealers devised a way to get the options they desired on the Camaro: they used particular order codes to receive cars with special features.

Instead of placing an order for Camaros using the “Regular Production Option” sheet, used by dealerships for performance and styling upgrades, a dealership began ordering Camaros using the Central Office Purchase Order (hence the name COPO), which was generally reserved for adding alterations to municipal fleets.

General Motors mandated that the Camaro engine could not exceed 400 cubic inches in a passenger vehicle. In 1969, some dealerships, specifically Yenko Chevrolet, were looking for a more powerful automobile; Fred Gibb Chevrolet also sought an equally potent option for racing. Both found a way to push the automaker’s boundaries.

Don Yenko, of Yenko Chevrolet, owned a dealership in Canonsburg, Pennsylvania, and placed an order for 201 Camaros as he envisioned they should be built: with more powerful engines. In previous years, he had ordered Camaros and swapped out the engines himself, but in 1969, he began the COPO 9561 program, prompting other dealerships that caught on to the special ordering system to launch the COPO 9560 program. 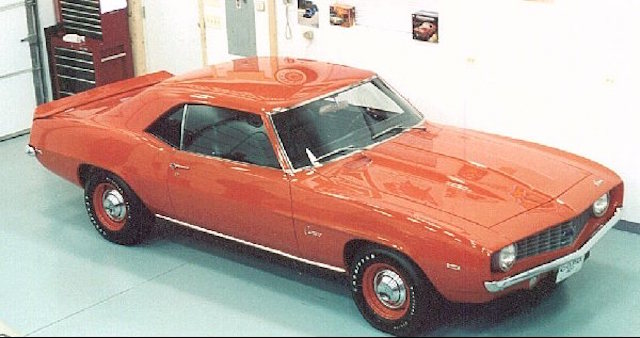 The COPO 9561 was a basic Camaro sport coupe, converted by the dealership to include a 427 cubic inch iron block with 425 horsepower. 1,015 COPO 9561s were made by GM and delivered to dealerships, including 201 to Yenko Chevrolet. 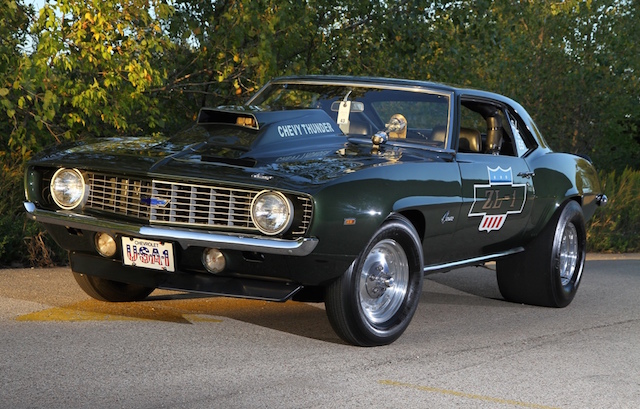 The COPO 9560s ordered by Gibb Chevrolet were obtained using the special order system required to build the high-performance models. 69 units of the racing car were built in 1969. The COPO Camaro was built with an exotic aluminum block 427 engine with 425 horsepower known as the ZL-1. 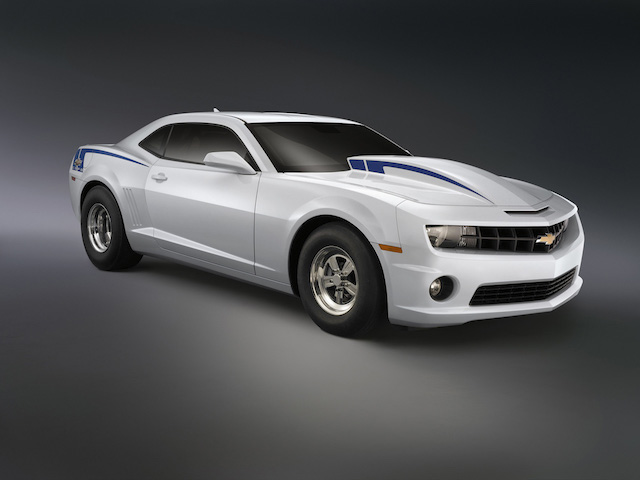 Aside from the 201 Yenko orders and 69 racing automobiles that were released, Chevrolet did not produce any more COPO Camaros until 2011. That’s when Chevy unveiled its COPO concept car. It made its debut at the 2011 Specialty Equipment Market Association (SEMA) show. The overwhelmingly positive response from racing enthusiasts led to the decision to produce a limited production run. 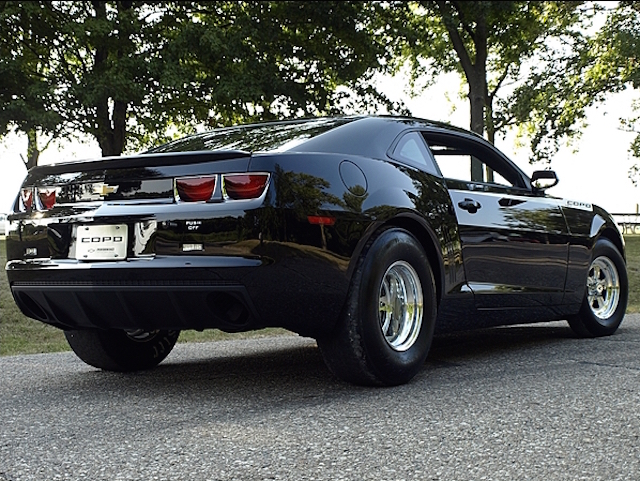 Chevrolet decided to manufacture the COPO Camaro and reintroduced the vehicle again in 2012, 2013, and 2014. Its final run is anticipated to be in 2015. In 2015, 69 COPO Camaros will be released. The number commemorates the original number of vehicles manufactured.

The contemporary versions are different from the original in some respects. They are designed for competitive National Hot Rod Association (NHRA) racing and are intended exclusively for drag racing. The car was created to compete directly with the fastest racing automobiles in NHRA’s Stock Eliminator and Super Stock classes. These classes see run times of nine seconds or less on the quarter-mile.

The later incarnations of the vehicle were designed to meet NHRA racing specifications. Standard sound deadening and power accessories were removed to optimize the weight for racing. The design includes a solid axle and moly roll chrome cage, racing bucket seats, a competition spoor shifter, performance gauges, and a safety harness.

The 2013 models feature the naturally aspirated 427 engine and a supercharged 350 engine. 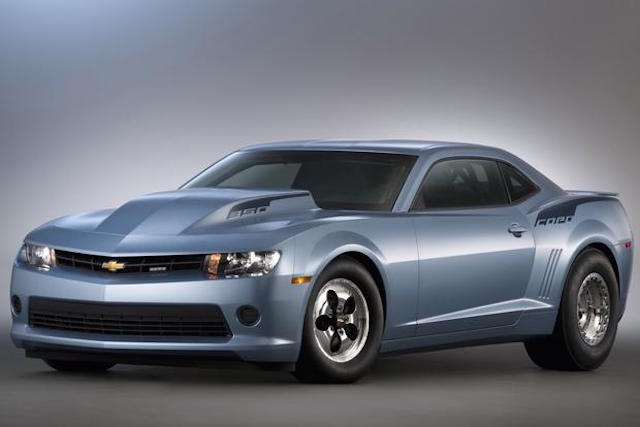 Unlike the model built in 1969, the later versions of the COPO are not street legal. The COPO Camaro cannot be registered, licensed or driven on public streets or highways, and marks the first purpose-built race car offered by Chevrolet. This legendary racer is designated with a serial number as opposed to the originals, which were denoted with a VIN. The COPO is the fastest Camaro manufactured at the Chevy factory. 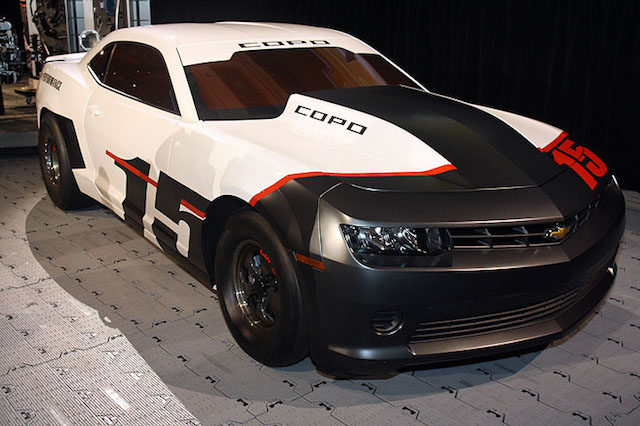 A COPO Camaro is an investment. This vehicle is extremely rare, and the small production runs ensured that every single COPO made was sold.

They are seen as valuable and in turn, command a high resale value. At present, the 1969 COPO 9560 Camaro comes with one of the highest price tags for the model, compared to other Camaros sold at auctions.

The ’69 COPO 9561 also ranks high on the list of coveted vehicles, and the price is reflected accordingly. They are valued for their exclusivity, tremendous output, and moderately low weight. Even today, this model is easily considered one of the fastest and most valuable Camaros created.

Want to do more automotive reminiscing? Check out this post on logos and emblems.