Attention S-10 Blazer fans! A car enthusiast in West Olive, Michigan turned a 1990 Chevy S10 Blazer into a custom hot rod show car with tons of features borrowed from a 1985 Corvette. And now he’s selling it on eBay at a starting price of $5,000! It’s quite a steal, considering that it’s in tip-top shape with just 63,000 miles on its body (and 61,000 miles on the motor). 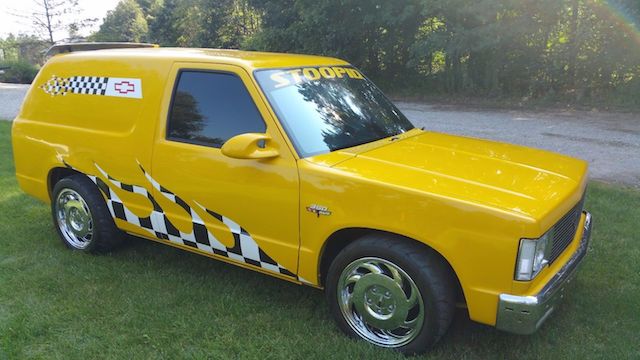 To say that this Blazer is unique would be an understatement. It’s so customized that you have to look pretty hard to see hints of the original Blazer underneath all the fresh and shiny yellow paint. 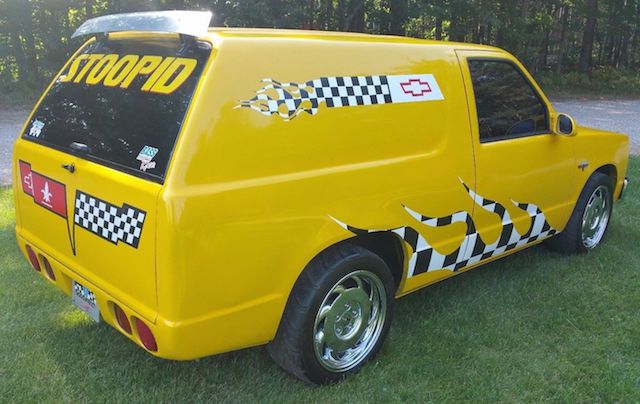 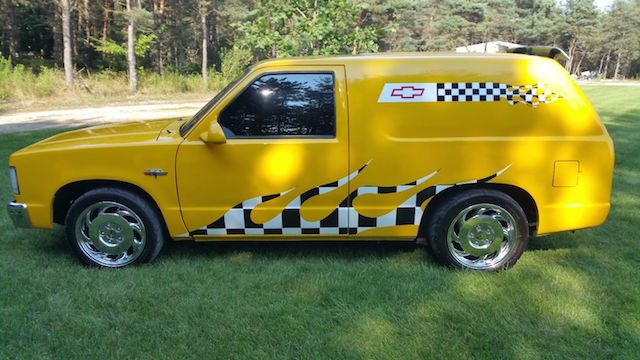 The eBay seller invested over $50,000 into this Blazer. Let’s see what the car got out of that hefty investment. We'll start under the hood.

The Fastest Chevy S-10 Blazer in the World

Okay, so this Blazer isn’t officially the fastest one in the world, but we’re pretty sure it is. It can handle up to 900 horsepower, after all.

This Blazer is powered by a TPI motor from a 1985 Corvette. The motor itself produced up to 230 horsepower, but the eBay seller boosted the Blazer’s power with the following modifications: 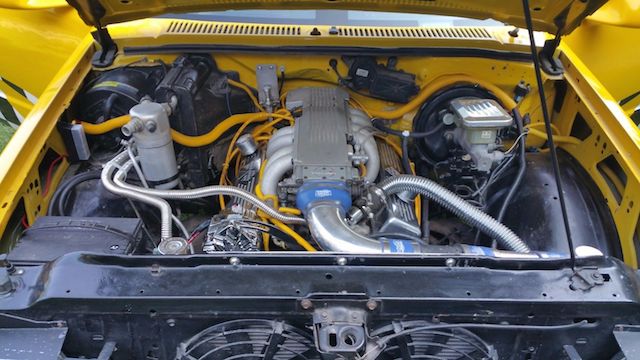 We’d love it if the lucky buyer of this car took it to the track! We’ll keep our eyes peeled for any YouTube videos that may crop up in the future.

A lot of thought was put into the body and interior of this vehicle. The seller removed the rear windows and replaced them with custom rolled 16 gauge galvanized steel. The door handles were removed, and the doors, as well as the rear hatch, can be opened using a 16-channel Clifford Avant Guard Alarm system. The system also enables the driver to start the vehicle, roll the windows up and down, turn lights on and off, and more.

We’re really digging the fresh Corvette yellow paint and Corvette-esque decals on the body. The brand new look can be attributed to the fact that this Blazer has always been stored inside a heated garage.

The seller also lowered the body with a lowering kit. It has 4” drop spindles in the front, as well as lowering leaves and blocks in the back to level out the SUV.

If you take a look inside, you’ll spot a lot of cool upgrades, as well. 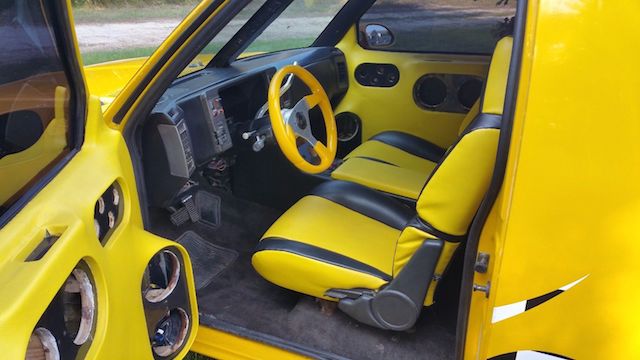 The custom leather seats and steering wheel make the interior really pop. We love it.

A Splash of Corvette

You may have noticed by now that this isn’t just a Blazer, but rather a Blazer-Corvette hybrid. The TPI motor isn’t the only thing this Blazer borrowed from a Corvette. It also sports: 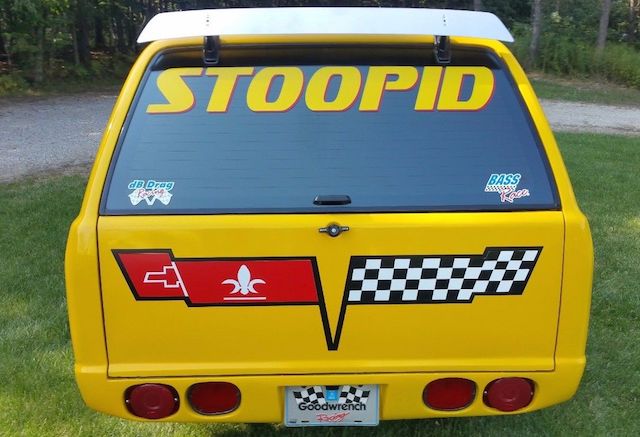 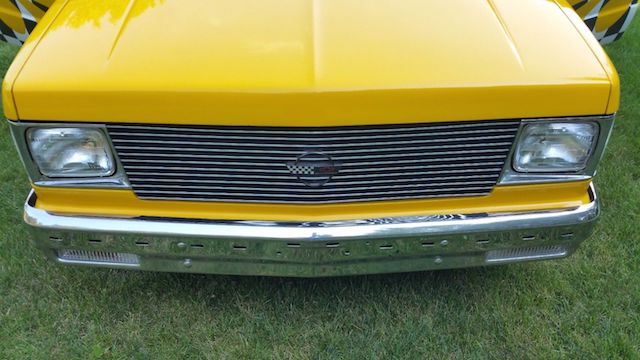 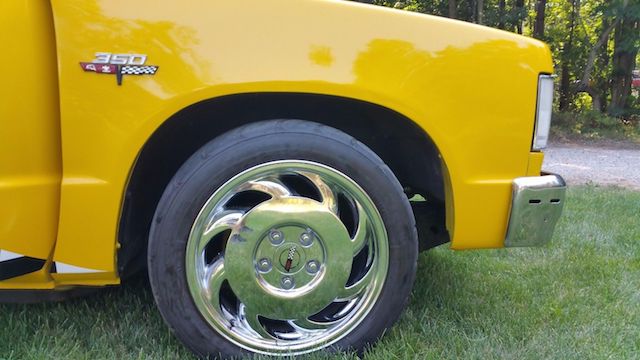 Never in a million years did we think anyone would ever add Corvette parts and features to a Blazer, but here we are. And you know what? It’s glorious.

This Blazer not only produces a whole lot of power, but it’s also built to house a full stereo system. The seller actually has a custom stereo system that’s designed to fit in this Blazer, and he’s selling it for an additional $16,000. This Blazer’s roof, floor, doors, and windshield have been reinforced to withstand the pressure produced by 13 amps and 8 subwoofers. 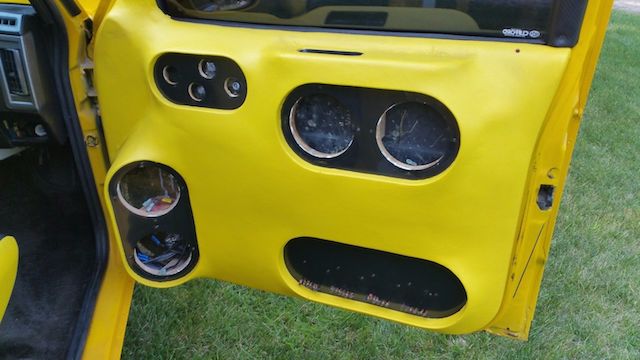 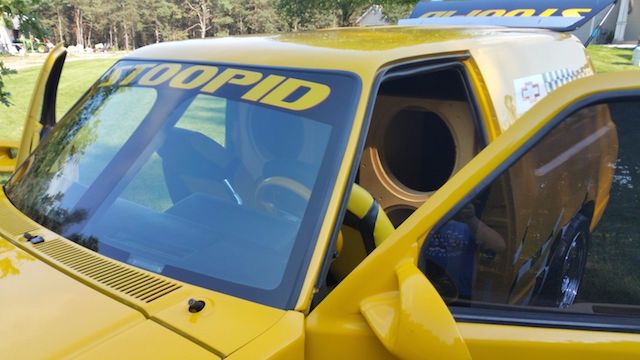 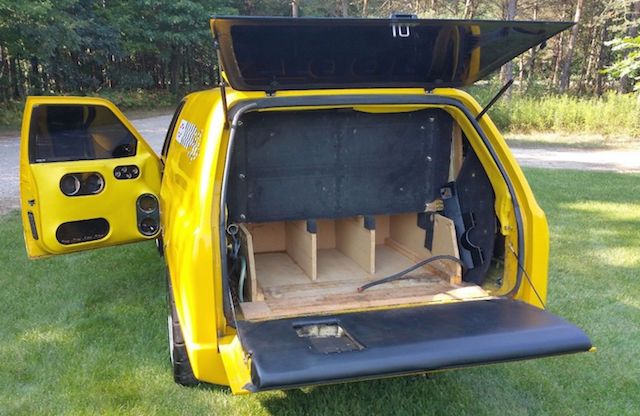 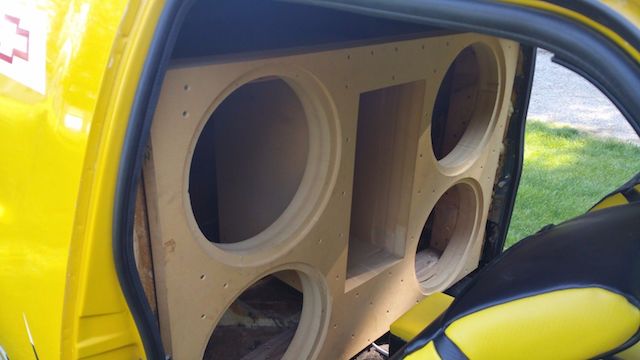 “This has been a fun vehicle and is ready for the next person to enjoy,” the seller wrote. If you end up buying this one-of-a-kind Blazer, please let us know on Facebook, and be sure to send a lot of pictures!