ACDelco is a subsidiary of GM. They are 100% owned and operated by GM, but they operate under a separate brand name for historical reasons

Basically, once upon a time (early 1900s), AC and Delco were two separate companies that supplied various parts to General Motors. AC provided Champion brand spark plugs, while Delco was a large company manufacturing a variety of parts. AC's Champion brand spark plugs were used in Charles Lindburgh's Spirit of St. Louis (which was the first plane to cross the Atlantic on a single tank of fuel). Champion plugs became a household brand name, and Buick eventually acquired AC.

Meanwhile, Delco continued to grow into a large supplier and was eventually acquired by GM. However, it wasn't until the 1970s that GM merged Delco with Buick-owned AC, forming a new company ACDelco. ACDelco then became GM's official parts supplier. 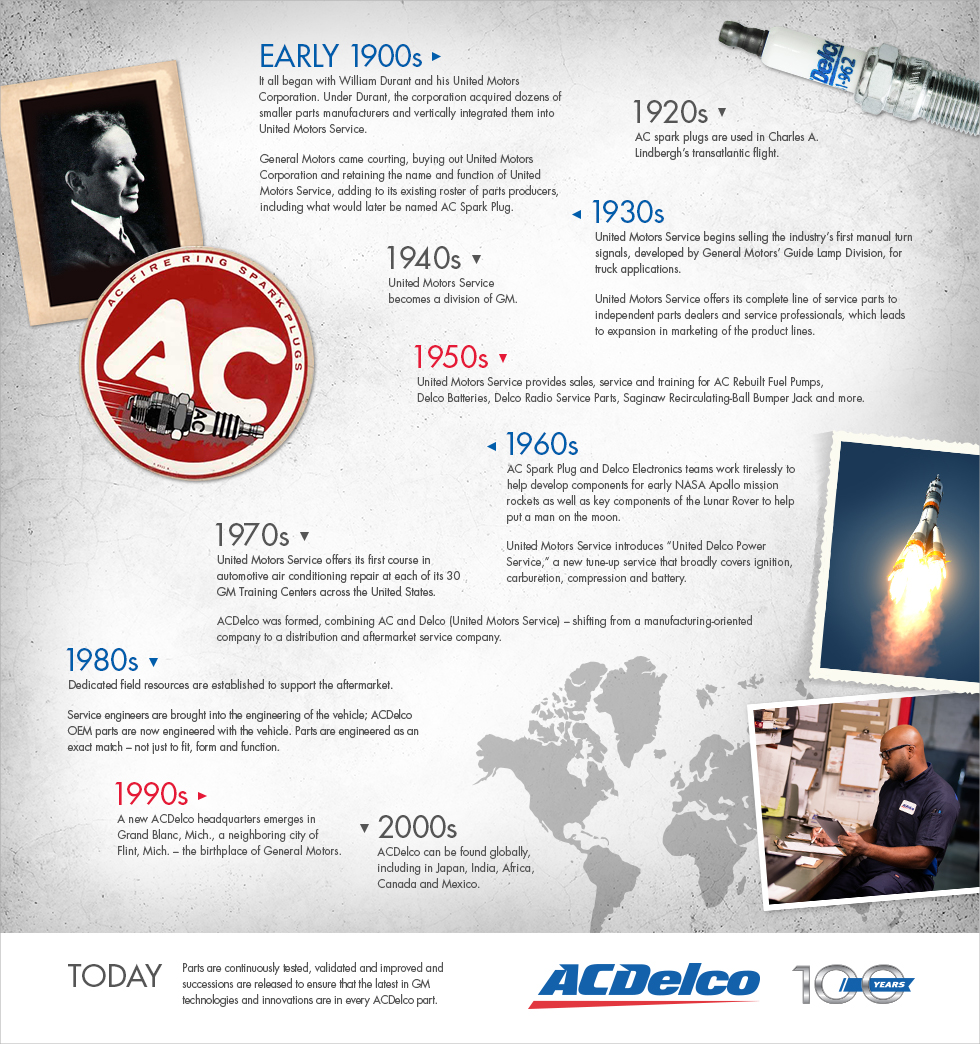 
OEM GM Parts and ACDelco Parts Are One In The Same

We're not really sure why GM sells their own replacement parts under the ACDelco brand name, but they do (and they've been doing it for a long time). As one of the largest online retailers of OEM GM replacement parts, GMPartsCenter.net is a leading supplier of genuine ACDelco GM replacement parts and accessories. We are proud to offer our customers with the entire ACDelco catalog on our site at wholesale pricing.

ACDelco is the original OEM factory manufacturer for many of the parts that came on your GM. They are the same parts your car left the production line with. When you buy new ACDelco parts from GMPartsCenter.net, you can rest assured that you’re getting the highest-quality GM replacement parts.

ACDelco is a worldwide leader in the automotive parts manufacturing industry. They offer superior original equipment parts for all GM brands, including:

So if your next part comes in an ACDelco box, don't worry! It's an OEM replacement part and will fit your vehicle perfectly. Shop our catalog now!