In the past few years, classic GMs have been going for high prices at public auctions as well as private sales. It’s not so uncommon to see a collector dish out over a million dollars to add a specific GM to their collection. This has sparked many investors and enthusiasts to wonder what the next round of high dollar cars will be. What vehicles are we possibly overlooking that could make us millionaires on down the line? 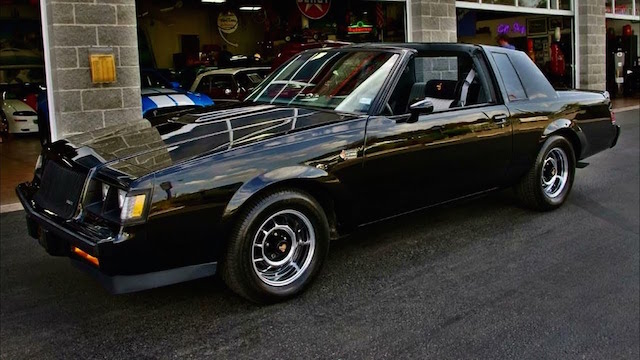 While there are some obvious future collectibles around, most are already pretty big ticket items, so naturally they’ll sell for an inflated price plus some if they're rare. What the public really wants to know is what low dollar, or relatively so, car can they buy now that will make buyers anxiously throw bids at it in a few decades? One vehicle that we think is safe to bet on (not that it will guarantee you millions) is the Buick Grand National.

The Buick Grand National is an Amazing Car

If you’re completely unfamiliar with the Buick Grand National, you’re not alone. These cars are often talked about amongst enthusiasts but are rarely fully explained, especially when it comes to their origin and purpose.

The Grand National is actually a variant of the Buick Regal. Premiering in 1982, it was named for the NASCAR Winston Cup Grand National Series as Buick had won the Manufacturer’s cup in ’81 and ’82. The first run for the Grand National isn’t talked about very much, one big reason being the lack of the famous turbocharged setup and a less than striking appearance. 1982 Grand Nationals were two-tone gray with red pin striping and were powered by a naturally aspirated 4.1L V6 that made a measly 125 horsepower.

GM jumped over 1983 and brought the Grand National back in 1984 with the now signature features. It came in all black with a turbocharged 3.8L V6 that made 200 horsepower and 300 lbs-ft of torque from the factory. They could cover a 1/4 mile much faster than the V8 powered Camaro and just a tad slower than the Corvette. 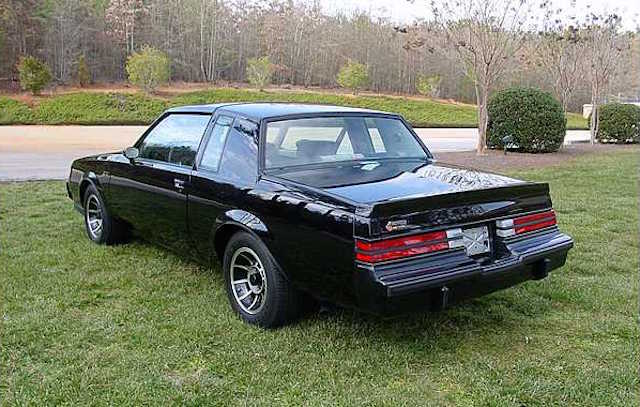 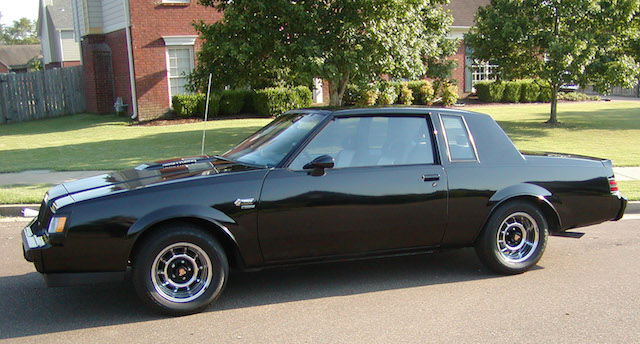 Speaking of 1987, this was the last year the Grand National was made. It was also when GM unleashed one of the greatest cars ever made: the GNX. Only 547 GNX models were made, and every piece of these cars were optimized for performance. 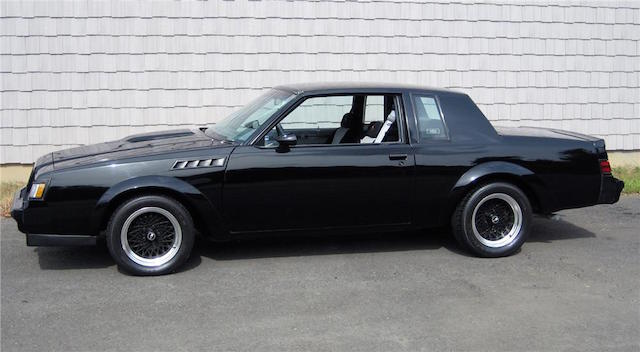 According to the official specifications of the GNX, it made 276 horsepower and 360 lbs-ft of torque. This allowed the car to reach 60 miles per hour in 5.7 seconds and cover a 1/4 mile in 14 seconds. Come to find out, the official specs weren’t exactly accurate. It was later discovered that the GNX actually made 300 horsepower and 400 lbs-ft of torque, with a 0-60 time of 4.5 seconds, and it could cover a 1/4 mile in 13.26 seconds. GM wanted to protect the image of the Corvette, so the real numbers weren't released.

Making the Case for the Buick Grand National

The Buick Grand National is unlike any other car around. It directly challenged the the big displacement kings with a six-cylinder engine equipped with a turbocharger from the factory. When it was built, it was a car like no other. It wasn’t a sports car and broke the mold for anything else.

It was the Buick Grand National that knocked down the common perception that there is no replacement for displacement. This model really changed how American drivers viewed what it takes to make a fast car. There’s a few markers of the Grand National on the road today.

After the Grand National disappeared, the V8s came back out of hiding and once again became the standard of American muscle/sports cars. However, more and more manufactures are finally seeing what GM figured out with the GN - that you don’t need a huge displacement engine to make a vehicle have get up and go! Many manufacturers are moving towards smaller engined cars with the addition of forced induction to make up the difference, except this time it’s for different reasons.

To break it down, the Grand National is likely a big collector’s car because:

For these reasons and more, the Grand National, and most certainly the GNX, will likely be a huge hit in a few years amongst collectors. If you have a Grand National, we don’t blame you for wanting to drive it until the wheels fall off, but if you keep the miles low and rust away, you might have a winning lotto ticket in your possession.