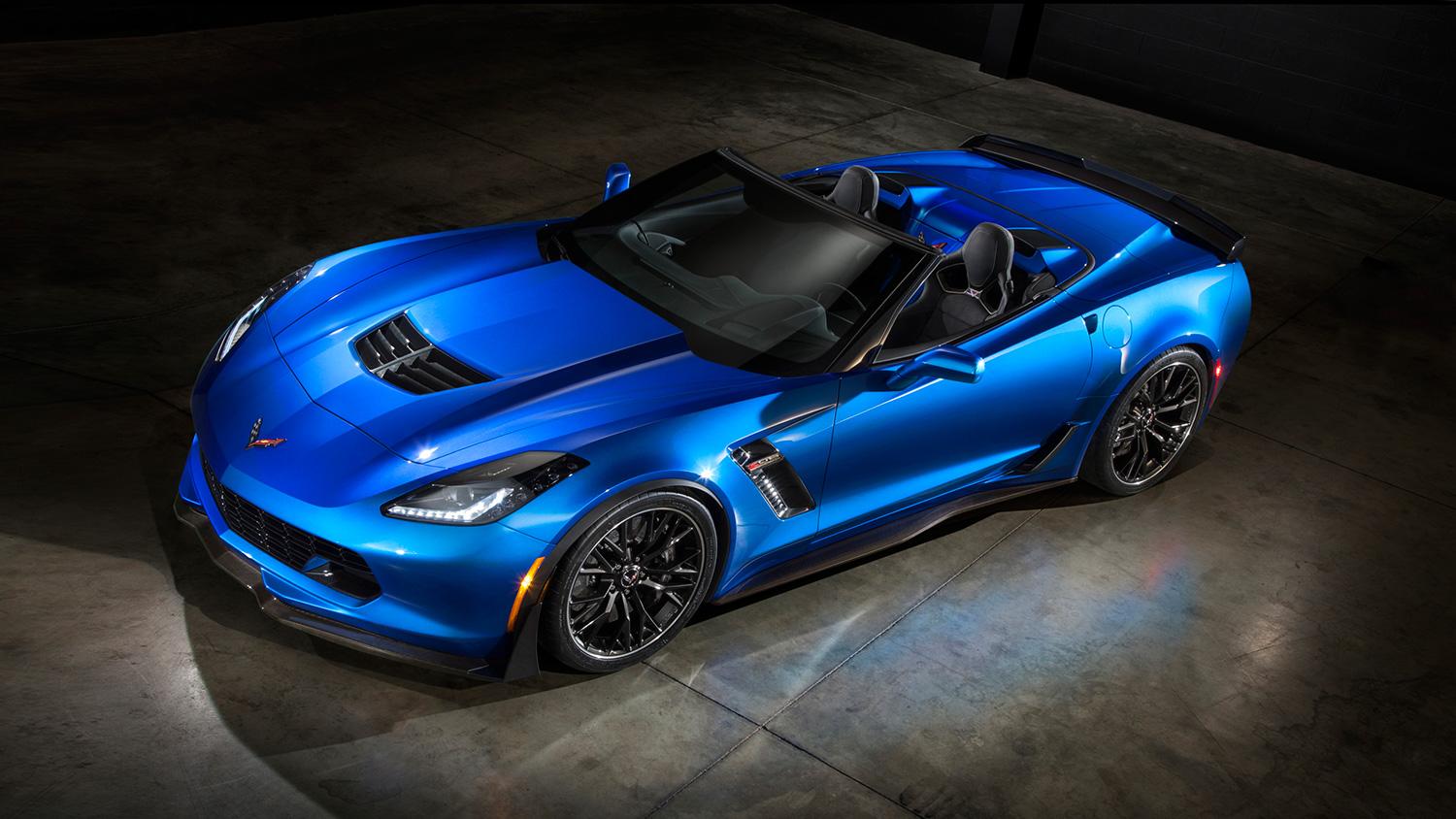 Have you seen this? Back in April, Chevrolet unveiled their new, 2015 Corvette Z06 Convertible, the most powerful Corvette produced in Chevy history. With record-breaking levels of aerodynamic downforce, a brand new 650 horsepower, supercharged engine and a high-performance eight-speed automatic transmission, the Corvette Z06 presents a whole new meaning to “sports car”.

While looks are important, it’s what’s inside that really counts and the Corvette Z06 does not disappoint. The 650 horsepower engine delivers 650 lb-ft of torque and leverages the same advanced technologies introduced last year in the Corvette stingray. With its continuous variable valve timing, cylinder deactivation, direct injection, active fuel management, lightweight construction, aerodynamic design and the all new multi-speed transmission you might be surprised to know that the Z06 is rather fuel efficient.

The new V8 engine isn’t the only new component in town! The Corvette Z06 comes with the option to up-grade from the standard seven-speed to the all-new eight speed transmission. The 8L90 paddle-shift automatic transmission is designed to enhance not only performance but efficiency as well. Due to its construction of aluminum, magnesium and a friction reducing design, the 8L90 is more than eight pounds lighter than the six-speed engine. Next to the six-speed automatic, this V8 engine is expected to give up to 5% greater efficiency.

Debut of the Removable Roof

With its strong, aluminum frame, the Corvette Z06 is the first of its kind to offer a removable, lightweight, carbon fiber roof panel. The real question is: can you drive with the top open without taking a huge hit on performance? The answer is yes! Get ready to cruise around and enjoy the warm summer air in 2015!

The exterior aesthetics in the new Corvette Z06 wasn’t designed only for looks. GM reports that nearly every exterior feature serves as a functional improvement to the aerodynamics. In fact, the Z06 is reported to produce the best aerodynamic downforce of any car GM has tested.

On September 2nd, 2014, Chevrolet confirmed that the standard model of its new supercharged Corvette Z06 will start at $78,995. The Convertible version will start at an upwards of 83,995.