Oil filters should last until the next oil change. But some oil filters don't make it that far. If you have a hunch that your oil filter has gone bad, we’ll help you figure out whether you need to replace it yet.

Why Do Some Oil Filters Clog Early? 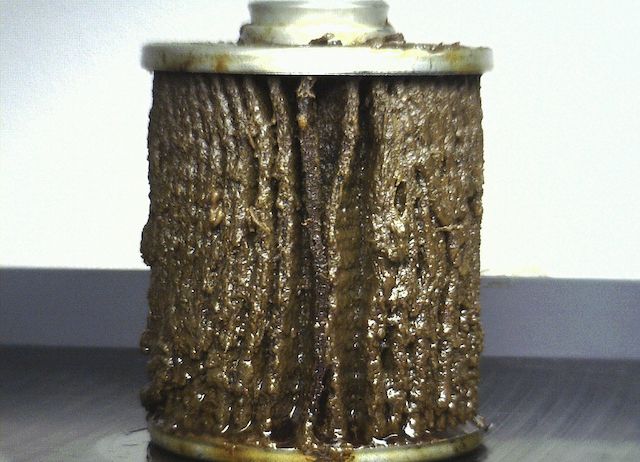 In the off chance that your oil filter clogs well before the next oil change, it’s likely because:

Signs Of A Bad Oil Filter

It's unlikely that you will be able to see any problems with an oil filter while it is installed. Usually they clog, then the bypass valve lets oil bypass the filter and return to the engine. But this isn't visible. In some rare occasions people have seen:

Two Ways To Check Your Oil Filter: One Much Better Than The Other

There are two ways to check your oil filter:

The second option - checking the dipstick - is much easier and cleaner than the first option. If you remove the oil filter from your car, some oil will leak out. It's also difficult to determine whether the filter is clogged or not. On some filters, you may be able to tell if the bypass valve has been open, but this is also difficult.

Checking the dipstick is much more effective because:

What The Dipstick Will Tell You 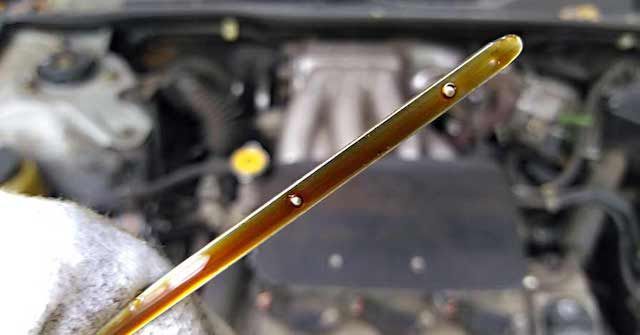 The dipstick will give you a lot of information about two things:

The level and the state of the oil will let you know if the oil filter is still doing its job. If the oil level is normal and the oil is still in good shape, then the filter still has some life left.

Is The Oil Level Too Low?

If the oil level is low, then it's possible that there's a leak somewhere. Look for leaks at the:

It's also possible that there aren't any leaks and the engine is just burning oil. It's actually pretty common in older engines.

Is The Oil Level Too High?

If the oil level is too high, that usually means that coolant has leaked into the oil. It's not a good thing. This causes the oil to get aerated (bubbly). With air bubbles in the oil, it can't lubricate the engine very well. Typically, this means that a head gasket needs to be replaced, or perhaps the oil cooler has failed.

Analyzing The Color Of The Oil

The color of the oil tells you a lot about the state of your oil filter, as well as what’s going on within your engine. Let’s talk about some of the most common colors you’ll find:

Amber/tea-like color is the best color motor oil could have. That means it's clean and the filter is doing its job quite well.

Dark brown is another acceptable color, but it means that the oil needs changing soon. However, pay attention to the consistency. Is it runny? The oil isn't loaded with dirt and contaminants. If it's thick, then it's too dirty and the filter isn't doing its job. In that case, you would need to change the oil and filter as soon as possible.

Oil that's frothy, milky, or a caramel color is contaminated. It could mean many things, including:

The oil filter can't filter out foreign liquid in the oil. That means you need to change the oil and the filter as soon as possible. Be sure to fix all leaks before replacing the filter and adding any new oil to the engine.

If you find bright shiny pieces like glitter in the oil (that can be any color), it means there are metal shavings in the engine. In that case, try not to drive your car anymore. It will lead to catastrophic engine failure. The oil filter can trap some of the metal shavings, but not all of them. The shavings will build up quickly in the filter. When the filter is too clogged, it'll bypass the leftover metal back to the engine. 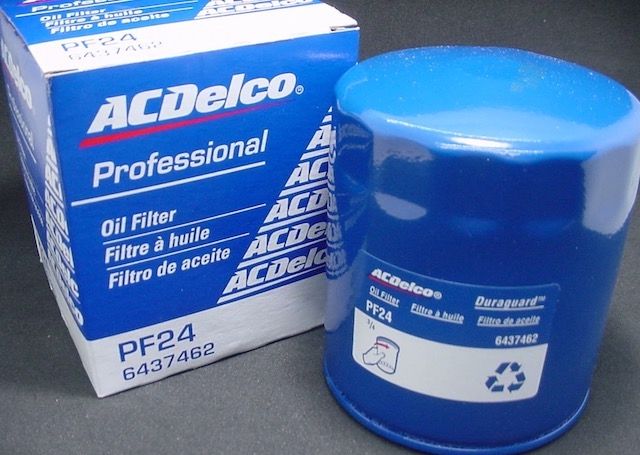 If you've determined that your oil filter is in bad shape, we have good news: you can score a genuine OEM oil filter at rock bottom prices on our website. Look up your GM model in our catalog to find the right part number.