If you've got a Duramax diesel engine in your truck, you're probably familiar with changing the fuel filter. Occasionally a couple of other problems come up with the fuel filter housing.

In this diagnostic guide, you’ll learn how to recognize the most common signs of a leaking fuel filter housing. But first, we'll give a brief overview of how the Duramax fuel system works. 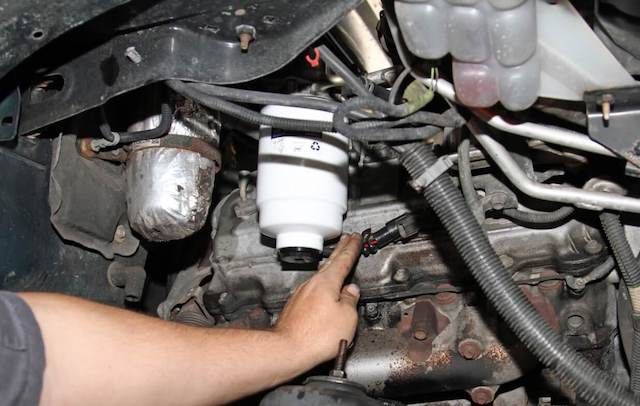 From 2001 through 2016, Duramax powered vehicles had a fuel system that was different from most other diesel vehicles - they did not have a lift pump. Here's a brief description of the two types of fuel systems:

When the fuel filter starts to leak and allow air to enter, it causes some unique symptoms:

If your truck is showing these signs, you probably have a leaking fuel filter assembly. But where is it leaking, and what caused that?

Why Is The Fuel Filter Leaking?

There are several places where the fuel filter assembly could leak:

The O-ring seals at the top and bottom of the filter can leak.

There are a few possible reasons why the fuel filter seals are leaking. They are usually related to something going wrong in the installation process. The fuel filter is usually installed from the bottom of the truck, and with poor lighting, it's easy to see how something could go wrong: Potential problems include:

The Water in Fuel Sensor Failed

The Water in Fuel sensor is a plastic component that screws into the bottom of the filter. It can crack, especially when it gets older and brittle, allowing air to enter.

The Filter Head is Leaking

The filter head has several small seals. These are not replaced when changing the filter. As the truck ages, the seals can get dry and brittle, and then leak. The filter head can also crack, allowing air to enter.

How To Fix The Fuel Filter Housing 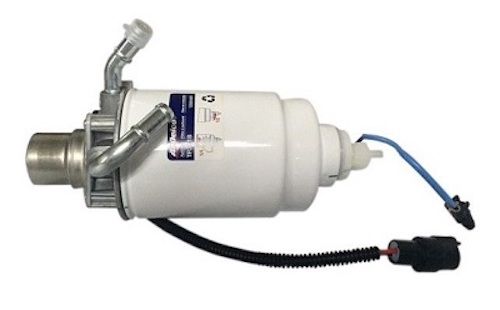 If you think you've got a leak somewhere in your fuel filter assembly, the good news is that it is a pretty easy and inexpensive fix. Rather than troubleshoot to figure out exactly where the leak it, the simplest thing to do is replace the filter head, filter, and water in fuel sensor all at once. We stock all of those components. In fact, you can order a replacement OEM fuel filter housing from us at wholesale pricing. Do you have any questions about checking the fuel filter housing? You’re welcome to contact us!