As the longest-produced sports car in the world, the Corvette is used to being in the spotlight. When it comes to its proud history, there are a few things we'd like to get out about Chevrolet's most iconic vehicle. Check out these 25 fun facts and see how many you didn't know!

1. Haley Earl, the designer of the Corvette, initially designed his roadster under the name “Project Opel." The original target price point was a mere $2,000.

2. There’s a bit of resemblance between early Corvettes and the Jaguar XK120 due to Haley Earl drawing some inspiration from the classic Jaguar.

3. The Corvette has been produced in three different cities: Flint, Bowling Green, and St. Louis. (More about where Corvettes live here.)

5. Myron Scott, who worked as a photographer for Chevrolet, named the Corvette after a small warship of the same designation. (See some classic Corvette ads in this post.)

6. The Corvette is the only vehicle to ever offer a legitimate “wrap-around” windshield.

7. The original Corvette logo featured the classic checkered flag crossed with the American flag. However, when designers learned that using the stars and stripes on a commercial product was illegal, the logo was changed to the traditional bow-tie emblem and a fleur de lis.

8. The Corvette has been used as the pace car of the Indianapolis 500 thirteen times, more than any other vehicle!

9. You might be surprised to learn that the 1968 LT-2 Corvette prototype is the fastest in history, completing the quarter-mile in 10.86 seconds and going 0-60 in 2.8 seconds. Though the 2009 ZR1 came close with a quarter-mile at 11.4 seconds, the old prototype still reigns supreme. 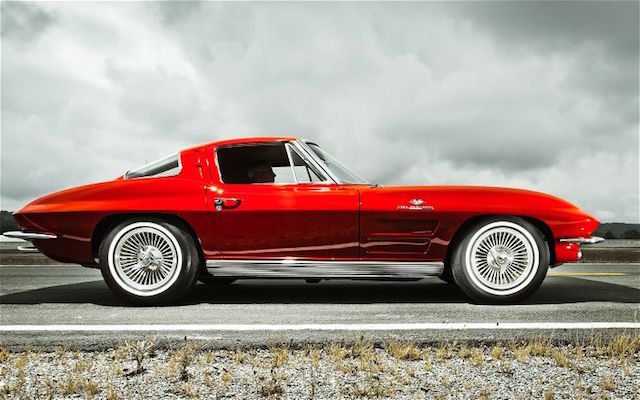 This 1963 Stingray from GearHeads.org is a thing of beauty

Get Your Corvette Parts From GMPartsCenter.net. 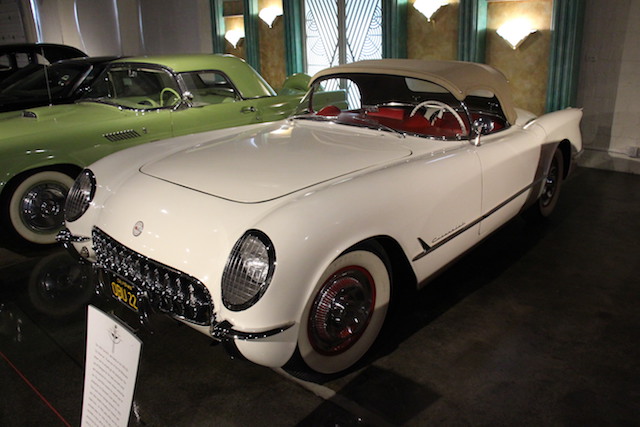 13. The 1953 Corvette came in only one color option: Polo White with a red interior. The last year the Polo White color was used was 1957.

14. V8 engines weren’t available as an option until 1955. And in that year, 90% of all customers selected the option. Since then, all Corvettes have offered nothing but V8 engines.

15. Only one 1983 model Corvette is still known to exist, and it’s on display at the National Corvette Museum in Bowling Green, Kentucky. This is due to quality issues that caused GM to stop production until the problems could be solved. By the time the issues were straightened out, it was so late that the fixed Corvette was introduced as the 1984 model.

16. The Corvette boasts a family that’s 2 million strong and continues to grow year after year. In fact, in 2012, Corvettes accounted for nearly 1/3 of all sports car sales in America!

18. The 1963 Corvette Sting Ray Split-Window Coupe is widely regarded as the most beautiful and influential Corvette ever made. 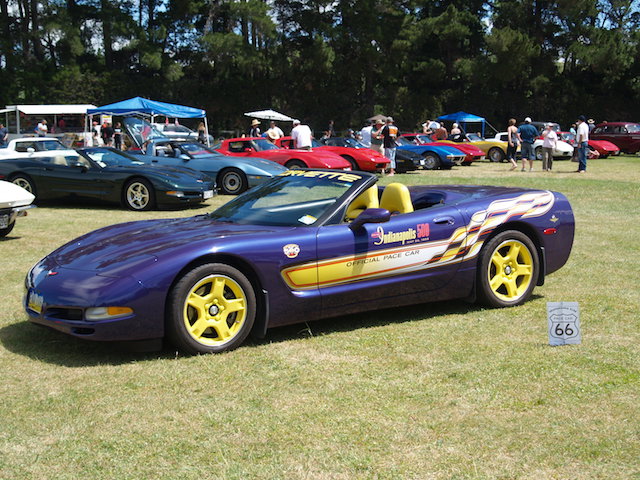 19. The 1978 Corvette Indy 500 Pace Car was painted black and silver because it photographed better. Back then, most publications and ads were black and white. 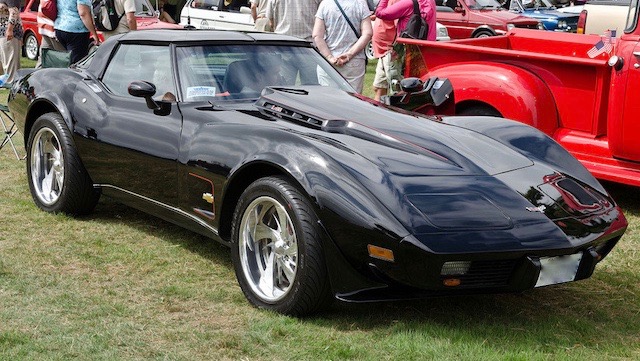 22. The 2014 Corvette Stingray was clocked going reverse at 53 mph—just 2 mph behind the all-time record!

23. Vehicles made in 1953 were primarily constructed of steel—this made the Corvette’s innovative use of fiberglass a new and exciting feature.

24. The 1963 Split Window model only existed for one year because of a disagreement between designers Bill Mitchell and Zora Arkus-Duntov.