If collecting GM cars (like the Caprice wagon) isn’t within your budget, we have good news. You can still collect GM cars at a much smaller scale. Meet your next obsession: GM pedal cars! 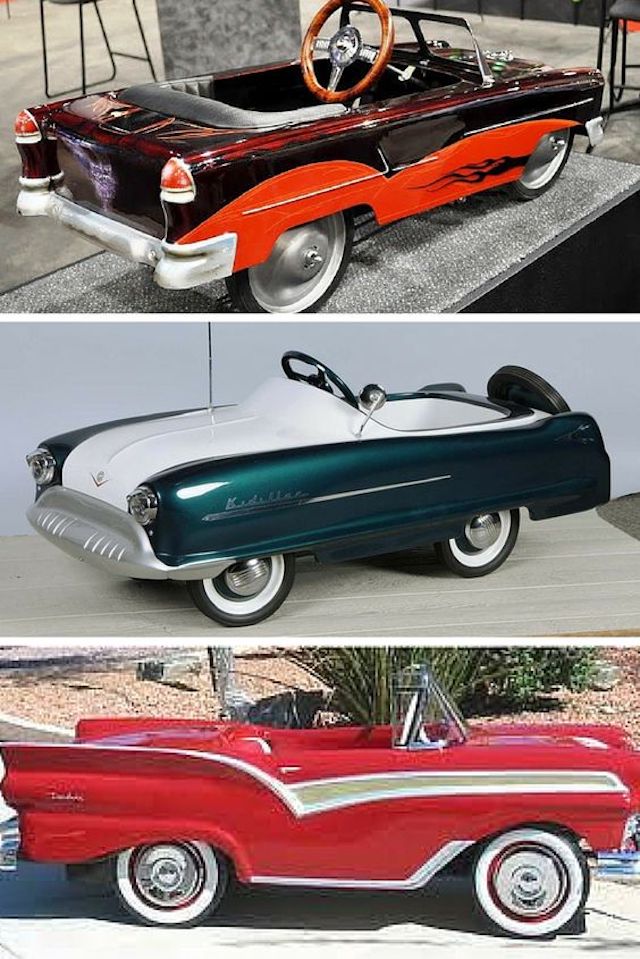 What are Pedal Cars?

Pedal cars are kid-sized carts powered by pedals. They were first made in the late 1890s, and they exploded in popularity in the 1920s and 1930s, around the same time cars became more widespread, and then again in the 1950s and 1960s after WWII ended. 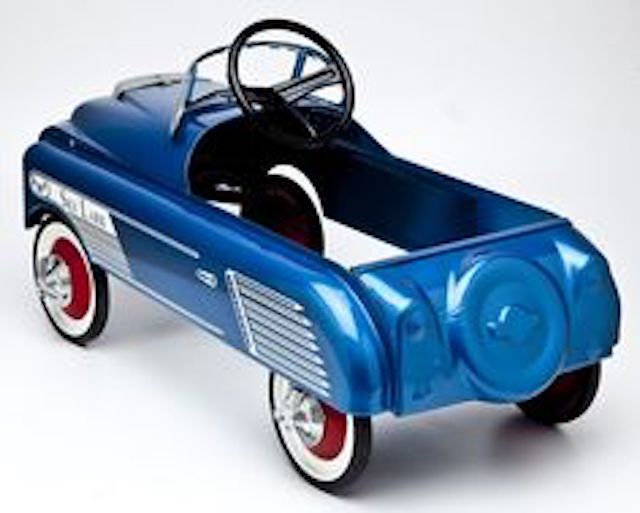 In the old days, you’d be hard-pressed to find a kid who didn’t have one. In fact, plenty of kids today have one, although most modern pedal cars are actually battery-powered.

Pedal cars sparked the pint-sized population’s interest in cars. GM was smart enough to capitalize on that interest. 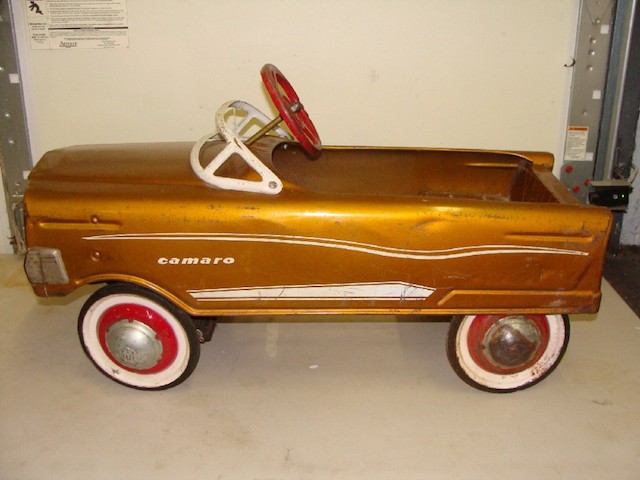 Murray, one of the most popular pedal car companies, slapped GM nameplates (like Corvette, Oldsmobile, and Pontiac) onto some of their pedal cars, some of which are still around today. Despite that, GM still built their own pedal cars to help market their brand: 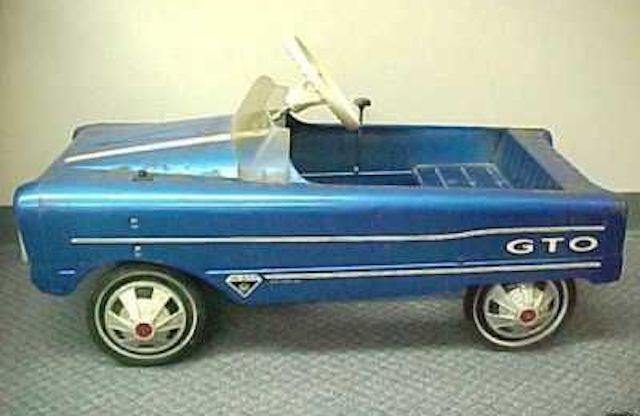 GM’s marketing strategy surrounding pedal cars is proof that an auto manufacturer can successfully reach out and connect with children who aren’t old enough to drive yet.

In their heyday, pedal cars were mostly exclusive to the rich, but today anyone can snag one for a few hundred dollars. Still, there are some impeccably restored ones out there that go for thousands of dollars. For instance, take the 1956 Pontiac Club de Mer concept pedal car that was a part of the Ron Pratte collection. It sold at Barrett-Jackson for nearly $34,000 in early 2015.

Much like collectible cars, GM pedal cars are poised to rise in value. So if you have a few hundred dollars lying around, why not invest in one?

How to Find Your First Collectible GM Pedal Car

Some reputable auction sites have listings for vintage GM pedal cars. eBay is a good place to start. You can also call around and see if any antique shops near you have a GM pedal car in stock. If your budget is a bit bigger than normal, you may like the idea of going to a Barrett-Jackson automobilia auction to bid on one. There are even some vintage pedal car restorers/dealers that can sell you one. 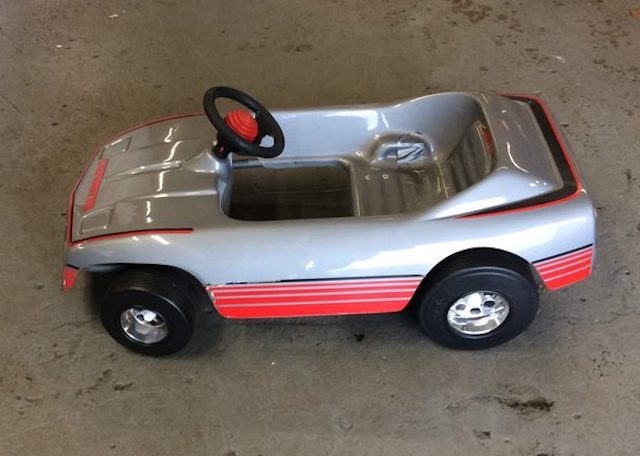 Now you can finally tell people that you own a Corvette!

Do you have a vintage GM pedal car of your own? If so, please share it with us on Facebook!