You’ve probably heard people talking about CV joints (also known as constant velocity joints) and problems they’re having with them. That’s because this part is known to fail over time, and it has little to do with the quality of the part. If you’re wondering if your Chevy’s CV joints are causing problems, or maybe you’re just curious about the function of the part, this guide should clear things up for you. 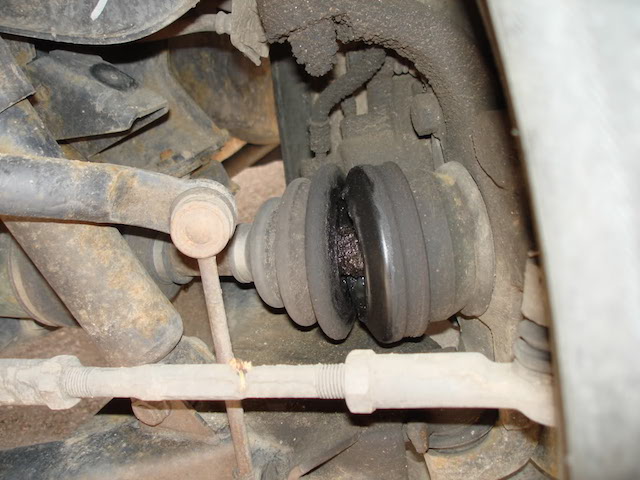 What Are Chevy CV Joints?

There are two types of automotive CV joints:

Problems That Can Develop With CV Joints

Chevy CV joints are packed with a specific kind of grease and then sealed with a Chevy boot - no maintenance required as long as that protective boot isn’t damaged. It’s very common to see very high milage Chevys with their original CV joints still intact.

The problem with most CV joints happens when the plastic or rubber boot becomes damaged somehow. When this happens, the packing grease begins to leak out, dirt is allowed in, and the result is very quickly wearing CV joints. Eventually, the loss of lubrication and entering contaminates will cause the CV joint to fail completely.

Most of the time, it’s the outer CV joint’s boots that become damaged, leading to problems. That’s because they experience the most movement. Check for cracks and tears because if damage was relatively recent, there will be a good amount of fluid/grease coming from the damaged boot. This is soon enough to catch the issue before it compounds into a much bigger problem.

If you can identify CV joint damage early enough, repacking the grease and replacing the boot is almost always the right fix - this is far cheaper than replacing the whole part. So, if you’ve caught it in time, handle the problem right away. The part itself isn’t extremely expensive, but there’s quite a bit of labor involved during the replacement of the CV joint.

When a CV joint is worn out, you cannot simply repair it; you have to replace it with a new part. If you decide to fix it yourself, you will need a torque wrench and sockets to break the main CV joint lock-nut loose. Be prepared to have to take the lower ball joint out too.

All Chevys use ball-joints. They will only fail prematurely if there is damage to the protective boot. Check these parts for leaking grease/fluid, and you can usually catch the problem soon enough to just replace the boot to fix it. Whether you need to replace just the boot, or the whole assembly, be sure to use only genuine GM parts to prevent premature wear and failure.