More often than not, you'll see an LSX engine swap done on a Chevy truck. Still, some creative souls decide to take the less beaten path and install LSX motors in different kinds of classic cars, including the BelAir, the El Camino, and a wide array of pre-1990 GMC vehicles.

If you have a retro GMC you want to enhance with an LSX engine, you can draw some inspiration from the following 5 successful LSX swaps done on classic GMCs. 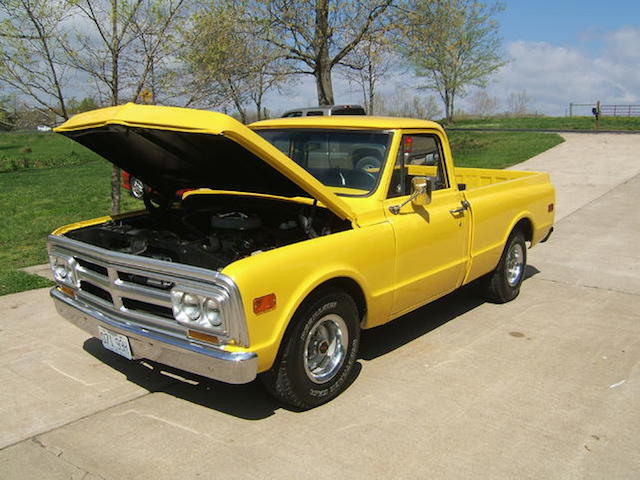 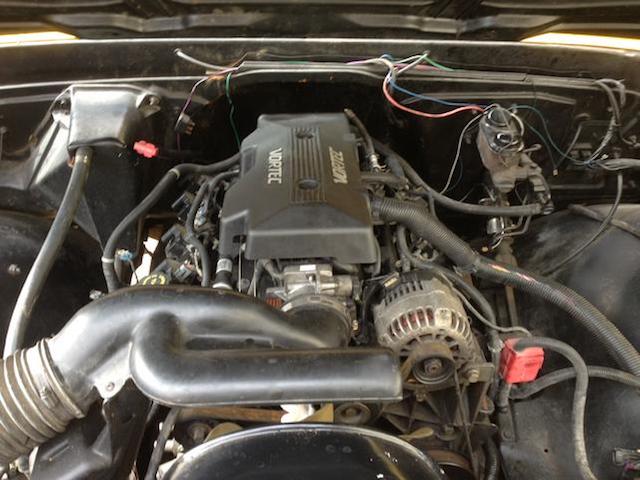 A car enthusiast who hails from Columbus, Indiana brought his stunning 1970 GMC to the next level with a 2000 5.3 Vortec, which is a smaller version of the LS1 motor.

He bought the motor, along with a 4L60E transmission, accessories, harness, computer, and fuse block, for only 900 bucks. We find the deal almost as attractive as the truck itself!

The truck came with a 250 straight-6 motor, and the owner’s limited budget only allowed for a similar-sized engine so he could keep the same drive shaft. To his pleasant surprise, the new motor and transmission fit like a glove, and he didn’t have to buy any additional parts. 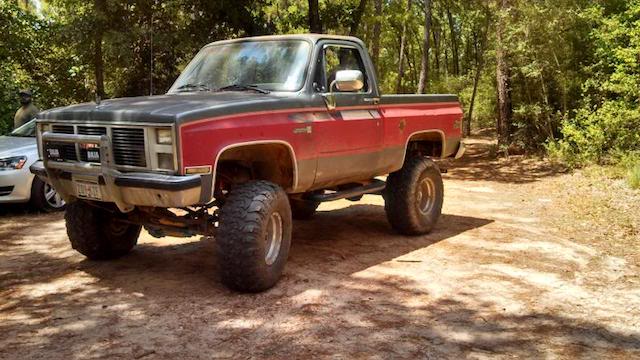 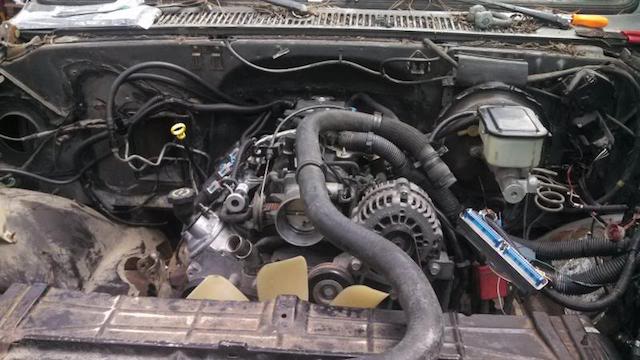 Patrick from Elgin, Texas acquired a beat-up ’88 Jimmy. He rolled up his sleeves and tackled the project with secondhand parts he got from Craigslist and a junkyard.

The truck ran rough, so he took a 5.3L LS engine he already had laying around (from a 2002 Tahoe he had gotten in a previous trade) and put it in the Jimmy. With the help of an adapter kit and other parts, Patrick had the truck up and running in no time.

After he took it out mudding, he came back and proudly reported that the truck consumed much less fuel than other trucks. 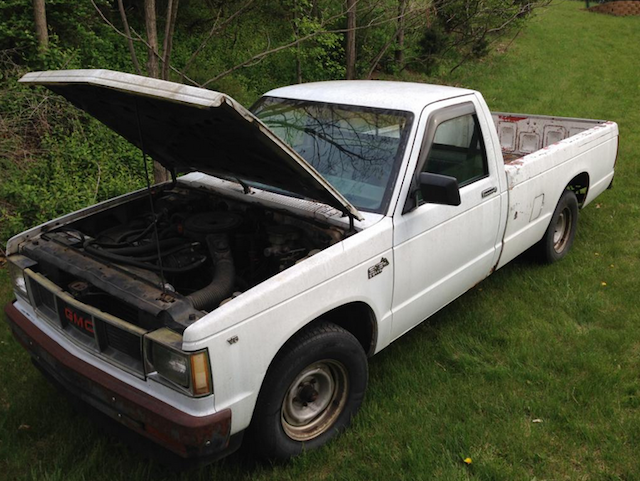 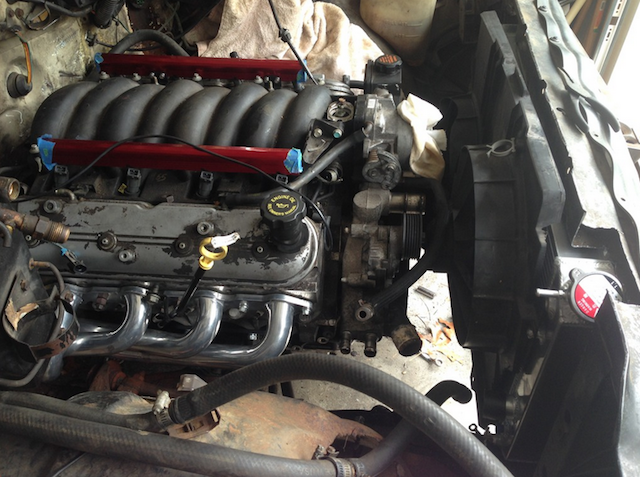 A Virginia car enthusiast restored his wife’s old GMC S15 with a working LS1 motor he found in a junkyard.

Because the truck was in pretty bad shape, he overhauled it with a bunch of new parts, including a 4L80E transmission and a new AC compressor. The project proved to be a success with the motor running smoothly. 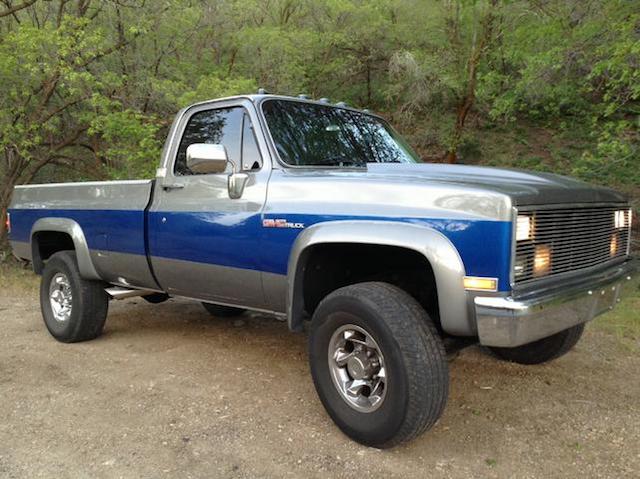 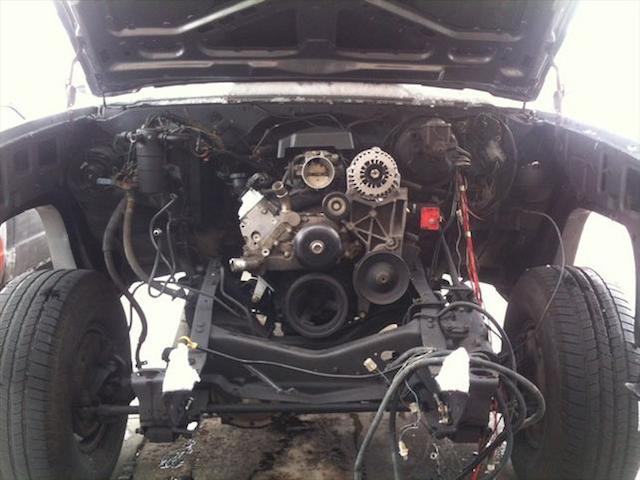 In Salt Lake City, a car enthusiast who went by the username bohmankid on a classic truck forum bought a broken-down GMC for $1,800. After further inspection, he discovered that all he had to do was to replace a small portion of the fuel line, which would set him back only 99 cents, to get it up and running again.

He could’ve done that, but he decided to beef up the truck with a new motor and other parts instead. He bought a 5.3L LS engine with 80,000 miles already on it and went right to work.

The end result? A stunning modded GMC. Unfortunately, it got involved in a car accident not long after the completion of the project. Rest assured, the motor was fine. The car enthusiast, who walked away with a dislocated shoulder, reported that he’d fix up the truck into tip-top shape again. 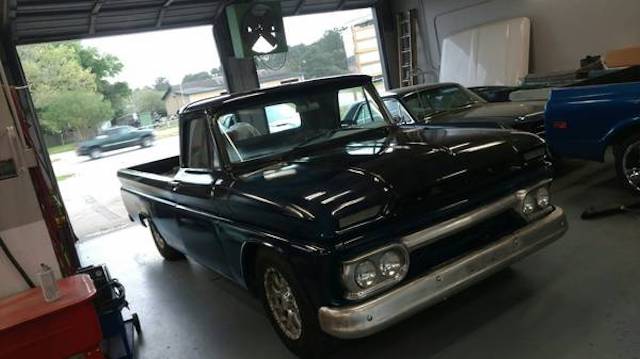 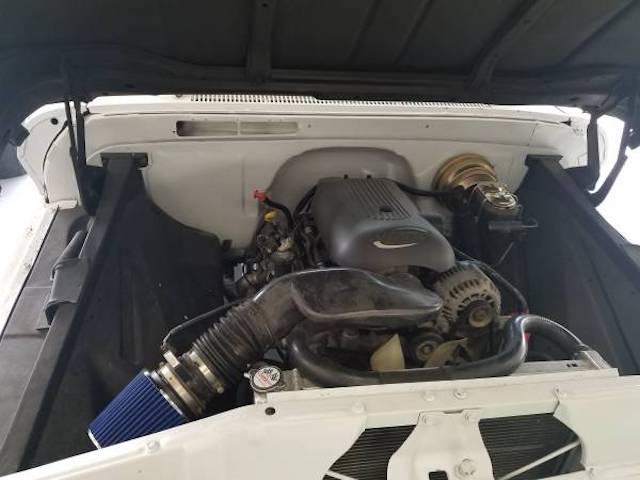 This beaut showed up on Craigslist the other day. The seller explained that s/he made a bunch of mods to it, including swapping the old motor out for a 2004 5.3 LS engine. The truck also runs on a 4L60E transmission the seller pulled out of a Chevy truck.

What we’d give to hear this beautifully restored vintage truck roaring down the street with its new motor!

Do you have a GMC LSX swap planned anytime soon? You’re more than welcome to share your project with us on Facebook!