A Short History of GMC 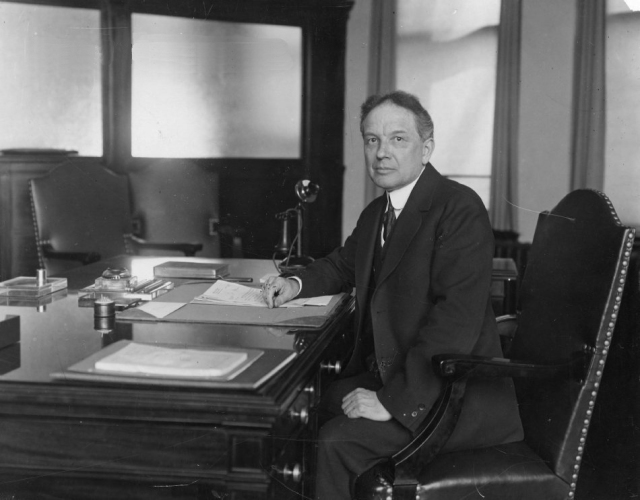 Have you ever heard of “the moving couch of America”?  In the dawn of the 20th century, the idea itself sounded amusing and comical but obscurely abstract, sounding more like a premise from a science fiction novel.

American history as we know it in the early 1900’s is filled with brilliant innovation, sophistication, and practical thinking that would move the country into the powerhouse position it is today.  After all, from our present perspective, a moving couch is hardly the idea that would create one of the most powerful and lucrative businesses in the global market.  So big, its financial position has a direct impact on the American economy.  As minuscule an idea that the moving couch sounds today, as well as to those in the early 1900’s, the idea is and will forever remain extremely practical.  The basis for all great American innovation is practicality!  And this idea perpetually planted a seed in American imagination.  From that point in history, the country would forever be changed.  You and everyone you know, will use a moving couch every day for the rest of your lives.

The country was divided in 1861 when William Durant was born.  Born in Boston Massachusetts, Durant was born into a wealthy family which had descended from France.  Durant would drop out of high school and go work for his grandfather, who was the governor of Michigan and owned one of the country’s leading lumber yards manufacturers.  Durant’s grandpa, Henry H Capro was extremely influential in starting the Flint and Holly Railroad system and would ultimately bring Durant to Flint Michigan.

While in Flint Michigan, Durant would get involved in the horse drawn carriage business.  He would start the Flint Road Cart Company which would soon merge with J Dallas Dort into the Durant-Dort Carriage Company.  Durant had turned $2,000 into a 2 million dollar company in a matter of years before the merger.  The newly merged company would become globally successful, becoming the largest manufacturer of horse drawn carriages in the world, and conceiving the modern automobile franchise system that is still used as the current business model for car companies.

By the 1890’s, Durant was aware of gas powered horse buggies, but was extremely unfond of the concept, instead seeing them as loud, dangerous, and smelly.  The outcry of the people was significantly evident about automobiles.  People saw them as dangerous and noisy and wanted government regulation on the machines.  Durant Witnessed an opportunity to capitalize in the industry by making automobiles safer and more appealing before the government could start regulation.

Durant sought after a local car company who had significant debt and no sales.  He purchased the Buick company and all 37 cars that had been manufactured to replicate the living room of the American home.  “The 37 moving couches of America” were brought to the New York Automobile show with the Overhead Valve Engine, which was extremely efficient for the time, offering a fair amount of horsepower.  Durant’s new car company would leave the New York Automobile show with 1108 orders for new cars.  Durant, who had witnessed unprecedented and instant success at the automobile show, would go back to Detroit and negotiate a deal with The McLaughlin Car Company of Canada.  The negotiation would create the General Motors Holding Company, which would set out to acquire as much of the new industry’s company’s and exploit them to the biggest audience.  General Motors would go on to acquire several car companies throughout the years, and would be the industry leader in sales for 77 years starting in 1931.