The Chevy truck is an American hero. Rich with heritage, these trucks have made quite an impression on drivers over the years. To celebrate their legacy, here are some of the coolest Chevy trucks ads. 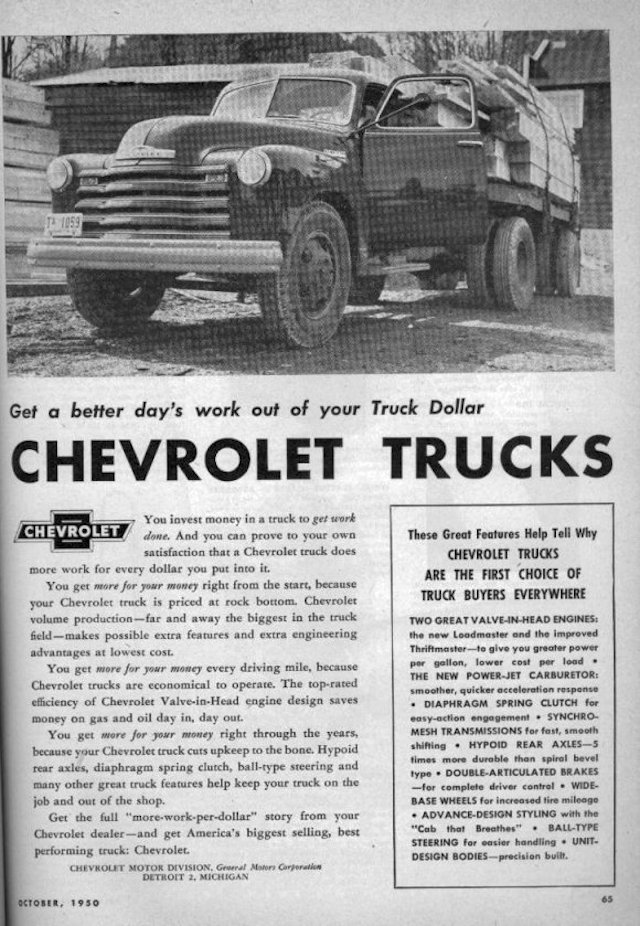 Going all the way back to October 1950, this is one of the earliest Chevy truck ads. 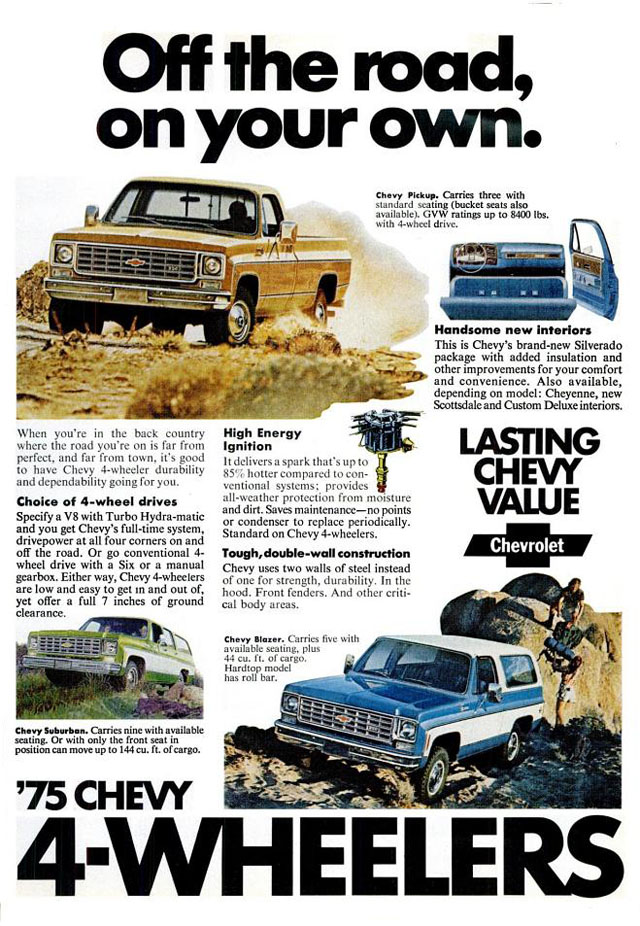 This ad celebrates the 1975 4-wheel drive from Chevy. It reminds us that Chevy holds its value and earns its keep! 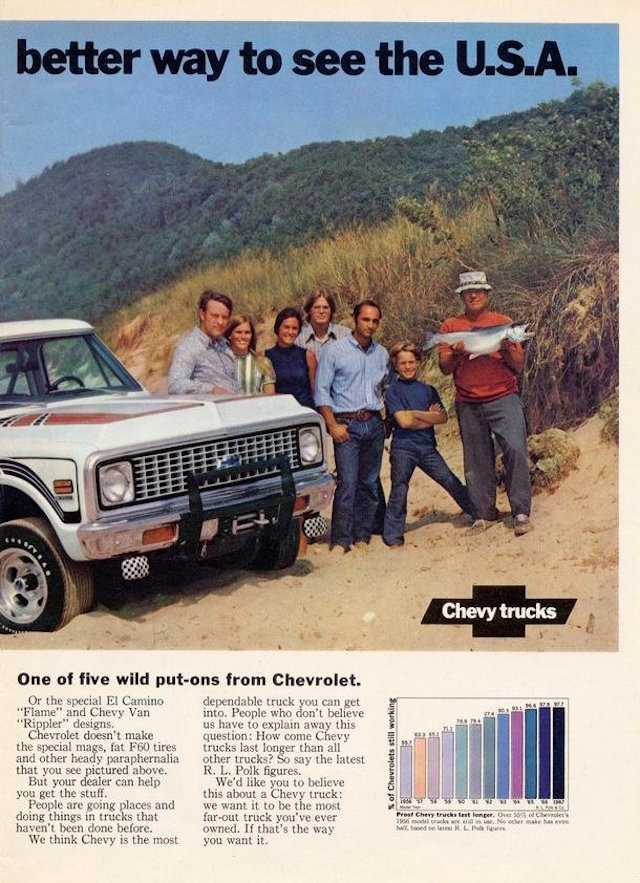 The only way to see the USA is in a Chevy truck. This ad also reminds us (in the chart) that Chevy trucks last. 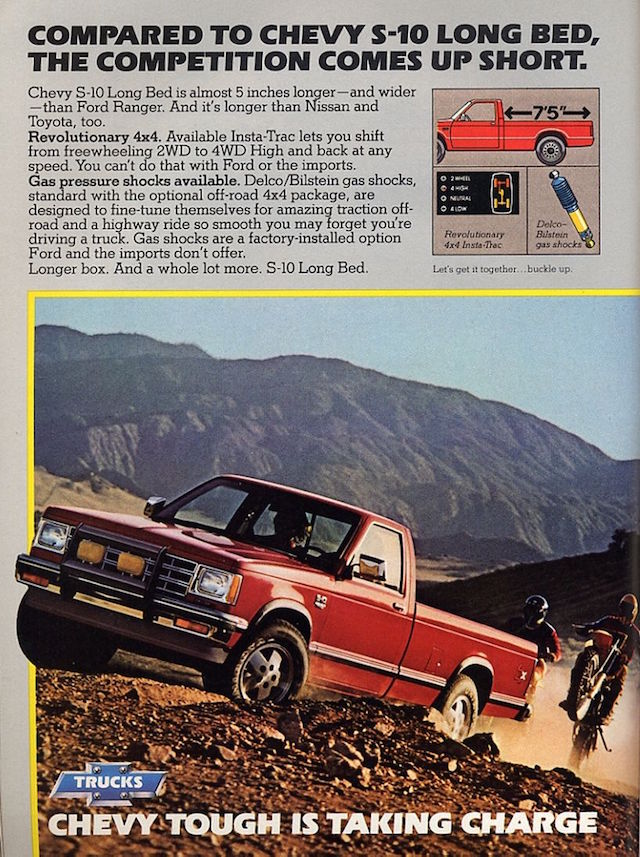 Taking us back to the early days of the S-10, this ad reminds us why the Chevy S-10 was made. 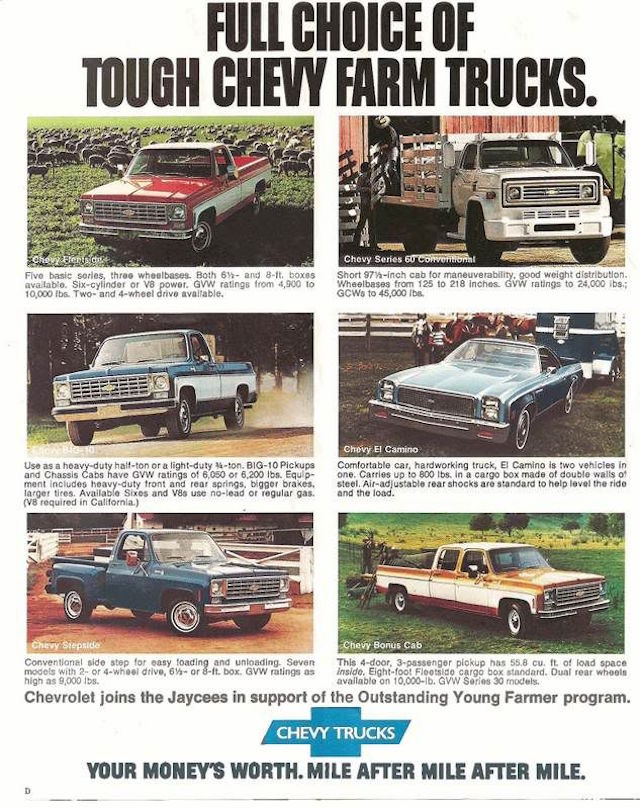 From inception to today, Chevy has offered a versatile lineup. 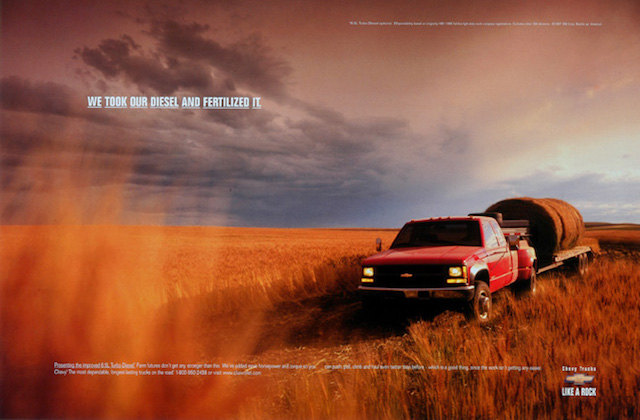 Even as styling became more important, Chevy trucks still worked hard. This ad is from the iconic Like A Rock campaign. 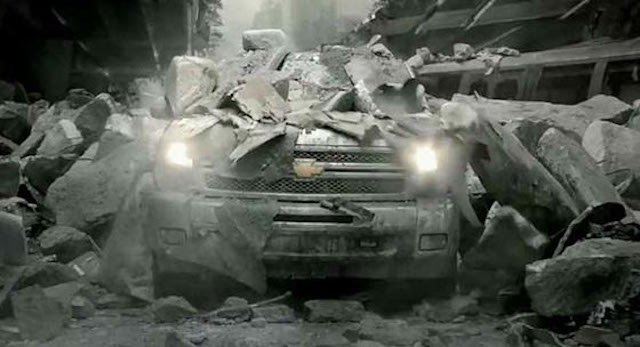 Who’s ready for the apocalypse? If you have a Chevy truck, you’re going to be better off! 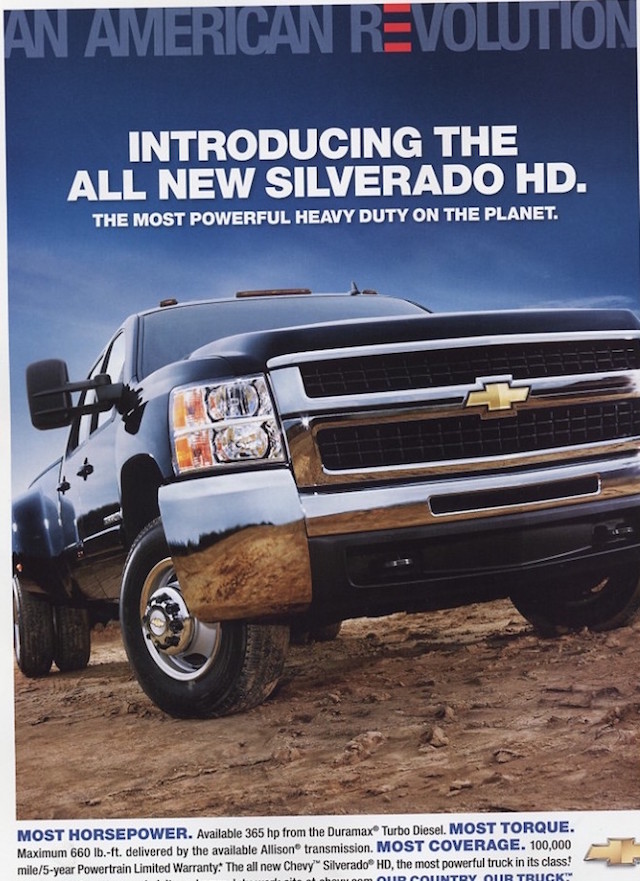 This ad from the American Revolution campaign introduces the new 2007 Silverado. 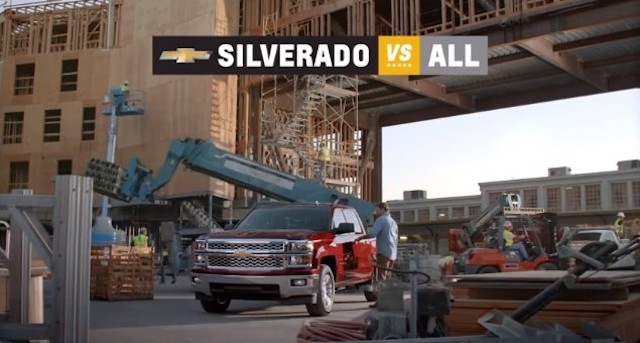 The Silverado dominates and is right at home on the worksite. 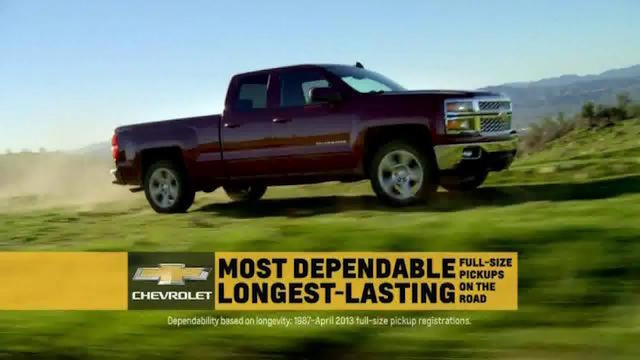 When it’s true, you might as well just come out and say it. Chevy trucks are the best out there.

Which is your favorite Chevy truck ad? Tell us on our Facebook page here.